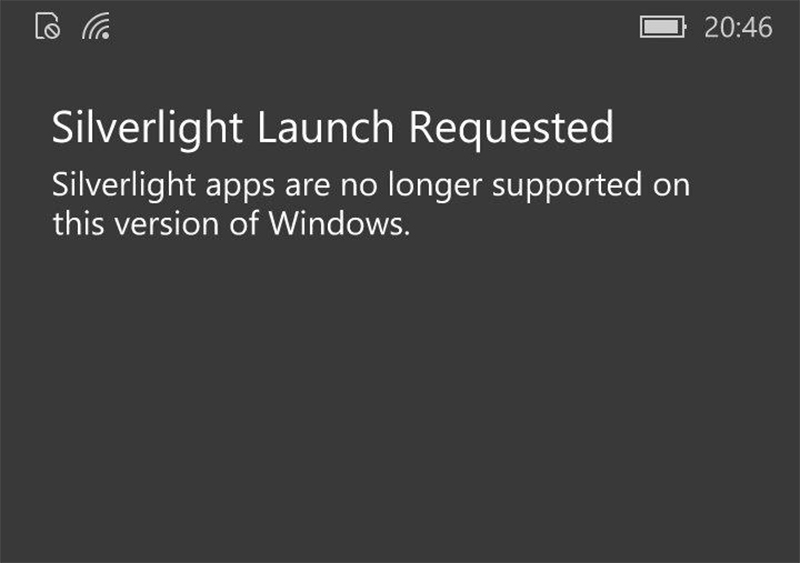 The apps that are developed and run on the Old Windows Phone OS are called the Silverlight apps and as per a leaked screenshot from Gustave M shows a notification about Microsoft dropping support with the further releases of Windows 10 Mobile OS .

It is also worth noting that devices like the Microsoft Lumia 535 which were not eligible for Windows 10 Mobile Creators Update will not be affected by this change and will be able to enjoy the UWP apps (if the SDK Version Matches) else will be able to use the old Silverlight apps without any issues.

What do you think about this change?