A few days ago, we reported that Microsoft is holding a Surface keynote by Panos Panay at Future Decoded at London later in October and now a new rumor claims that even though if they announce a next Surface Book at the event, it won’t be shipped until early next year . 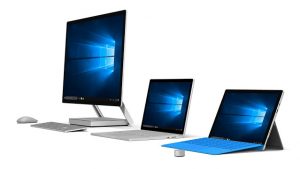 ZDNet reports, I’ve been hearing from my contacts lately that Microsoft might not start shipping new Surface Books until early 2018. And the company’s second-generation Surface Hub also is sounding (from sources) like an early 2018 thing.

This means that we wont be hearing much about the new Mobile OS codenamed Andromeda or next Studio or Hub but what we might hear about is the LTE version of the Surface Pro which Microsoft long promised in the Surface Event in Shanghai where it unveiled the new Surface Pro .