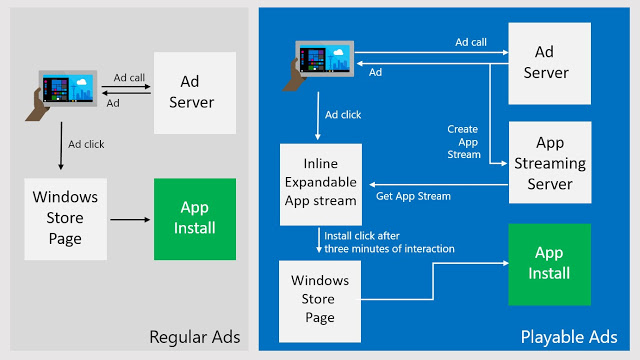 Well, these Playable Ads have many pros too such as :

Users can experience the app live before installing it.

Creating these ads is a simple task too though it is a limited preview only. To use this capability, please contact the support at aiacare@microsoft.com.

Create a new campaign here :
Click on the “Dashboard” after your log in to your Windows Dev Center account.
Source : Windows Blogs
Stay tuned to MSLeaks for everything latest related to Microsoft!