The new launcher from Microsoft follows the Microsoft Fluent Design Guidelines and looks gorgeous. We had the opportunity to try it out just after launch and you can head below to check out the full review.

Before heading for the review, let’s check out the new features and improvements in the app.

The first and foremost feature one can notice is the new design with feeds. With just a quick swipe-to-the-right, Microsoft Launcher offers a tailored feed of your important events, top news, recent activities, favorite people and most frequently used apps.

Another feature which became my favorite quickly is “Continue on PC”. Microsoft recently added the ability to continue websites from Mobile to your Windows 10 PC and with Microsoft Launcher, the company is set to bring the ability to continue working on anything from Docs to Photos seamlessly on your mobile and then transfer it to your PC. This feature will be enabled for everyone in the upcoming Windows 10 Fall Creators Update.

I tried the Microsoft Launcher on my primary Android device (OnePlus 3T) for a day and it has really impressed me till now. The best thing about the launcher is how beautifully it has been designed and with simple settings and useful customizations. The launcher has a separate “Feeds” section just like “Google Now”. Since it is made by Microsoft, the launcher integrates perfectly with Microsoft services like Office 365 and Wunderlist. The feeds section is very handy and has been useful for me throughout the day. It also allows you to pin contacts so that you can directly call them. This might be a familiar feature if you have used Windows 10 Mobile.

Coming to the customization part, I really liked the fact that Microsoft has given ample options to customize everything ranging from gestures to colours and opacity. Users can set the background to be translucent, dark, or light themed with customizable colors like accent colors in Windows 10. You can also customize the grid layout, download icon packs from Play Store to use them with the launcher and disable animations in case you’re not comfortable or they’re slowing down your device. Also since we’re talking about animations, I really love the animations to open apps or app drawer and even switch between screens.

Last but not the least, Microsoft has added the option to backup and restore layout from OneDrive which makes it even more productive. As a person who experiments a lot with his phone and often messes up, I can tell you that customizing your device every week after a reset or fresh software install is a pain. Not many Launchers have the ability to backup and restore layouts and settings and I really appreciate Microsoft adding it.

How to get the Microsoft Launcher

If you’re an Android user who is already enrolled in the Microsoft Arrow beta program, an update to the launcher to make it Microsoft Launcher for Android should go live and happen automatically. If you don’t have Arrow launcher or didn’t enroll for the Beta program, you can go ahead and do so by Clicking Here. Once done, you can download the app from the Google Play Store below. 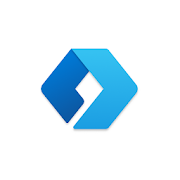