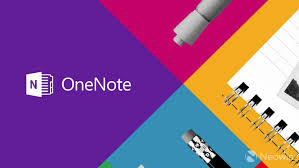 Technology, which makes our life better, easier and smarter is always appreciated and welcomed with open arms. This time, it is Onenote Beta. The new update for Android version of OneNote Beta is a rocking one. It comes with some new changes and bug fixes.  This latest version brings Onenote app to v16.0.8827.2001 and has some modifications like creating different types of notes by the pop-up menu and the bug fixes. To use this feature you need to create a shortcut menu on your home screen by tapping and holding the Onenote icon. You can access photos, lists, Notes and many other things here.

This is obviously not a major update but definitely a handy one for the regular users. But to get benefits of this app you need to have an Android device with Android 7.0 or above since Google has introduced this feature only with Android Nougat.

So if you are an Android user and a Beta tester then this might be the app of the day in your PlayStore.

It is good to see that Microsoft integrating its features and services to other platforms to provide users a better field of technology irrespective of whatever mobile device they choose.