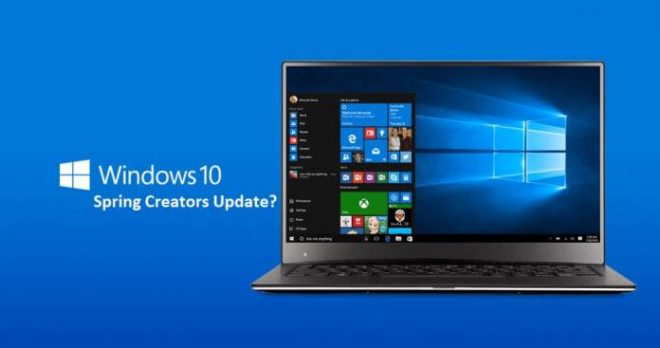 With the next version of Windows 10, codenamed Redstone 4 which is just a couple of months away. You might be thinking why there is no fancy name for the new version asÂ Â it’s simply called version 1803. But here’s Microsoft is going to call the new update “The Spring Creators Update”.

Microsoft has already kicked of its Bug Bash yesterday. Bug Bash offers you to help Microsoft finding out some bugs from different applications of Windows 10. One QuestÂ made reference to Windows 10 Home in S Mode, leading to us finding out about new SKUs of Windows. Another, observed by IT Pro Today’s Rich Hay (@WinObs), actually refers to the Spring Creators Update.

Is Windows 10 Redstone 4 the Springs Creators Update? This Windows Defender Application Guard Quest for this months Bug Bash seems to like that name! Thanks to @WildDreamer95 for the tip. pic.twitter.com/vvkg2xJwEX

According to the sources this will be the third Creators Update. This new update is likely to be confused with the original. Which was also released in the spring. One of the Microsoft enthusiast and MVP Michael Gillett seems to have a good idea of what the company is up to, although he clearly forgot aboutÂ Creators Update: Tokyo Drift

â€” Michael Gillett | #WIMVP (@MichaelGillett) February 3, 2018
These are all just news coming out from sources. We don’t have any conformation about the news at all. After all, Microsoft hasn’t announced anything. In fact, typically the company holds an event to show off everything that’s coming in the next update, and it didn’t do that either. Instead, it just released the new features in Windows Insider Preview builds.

What do you think about the new name “Spring Creator Update”. Let us know in the comment section below

Related   Microsoft to put a permanent hault on the lightweight Windows 10 S as a seperate SKU, instead will be offering "S mode" in all Windows 10 versions

Microsoft is increasing its investments to build the first scalable Quantum...