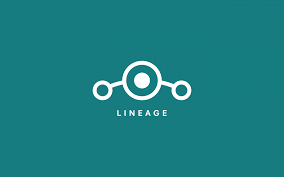 LineageOS had announced about its April Fools’ Day prank timely back on Sunday but failed to release the actual update on time. This caused a lot of confusion and tension among all its users. The update came a couple of days ago with a message about software counterfeiting and bitcoin mining. Most of the hoax and hype had died down by then and it just seemed a very untimely and unthoughtful joke which messed with a lot of people around the globe.

People who flash custom ROMs are naturally a bit anxious about safety and security of their devices and when they saw this warning yesterday after the most recent update, there was a lot of anxious users searching through the internet on how to resolve the problem.

The new build of LineageOS will greet the users with a â€śValidation errorâ€ť that their system has been a victim of software counterfeiting. If you tap the notification, you can see the “LineaGenuine” details. On selecting â€śLearn moreâ€ť option, it is directing you to an April 1st changelog post at the bottom of which there is a notice that is an April Fools’ Day prank.

The error notification is so persistent that it is sticking around unless it is manually removed by certain commands and deleting some things from the Root Directory.

All the affected builds will show a preinstalled â€śwalletâ€ť app for mining and using LOSCoins. Â All the users seem to start with a balance of 2000 LOSCoins in their wallet. Though there doesnâ€™t seem to any option yet to actually spend that money, a system is being developed for that.

Related   Preview Ring 3 for Xbox Insiders get their first update!

However, this prank lost its taste and humor due to its delay and it is similar to the delay in the April Fools’ Day prank that they devised last year with a Mascot. But people were not much perturbed with it as it seemed a harmless event. If LineageOS developers are to plan such jokes in future, they should make sure that it lands everywhere on 1st April actually before the prank loses its taste.