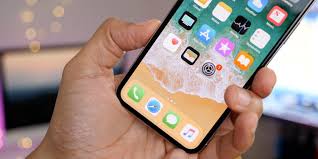 With the launch of Appleā€™s iPhone X last year in 2017, the worldā€™s leading South Korean electronics manufacturer Samsung had undertaken the responsibility of manufacturing the newest organic light emitting diode (OLED) panels for the iPhones. However, due to some unavoidable circumstances, Apple Inc. has slashed the manufacturing from around 50 million to an approx of 20 million in the first quarter of 2018. This unexpected turn in the market production has compelled the Samsung officials to think again about their new OLED panels. Samsung is definitely gonna get hurt as Apple cuts down iPhone X production.

Being one of the costliest display panels, OLED is not preferred by many other smartphones companies. Moreover, with Chinaā€™s own power LED or PLEDs blasting the global electronics market, the competition is getting more exciting and outrageous. Apple Inc.,Ā being one of the rich companies, was able to give the financial support to the Samsung manufactured OLEDs. However, the same cannot be said for others, especially when LG is on the way to create their own OLED at a much cheaper rate.

Still now, most of the companies prefer the traditional liquid crystal display or LCDs for their 6 inches or 5.5 inches display panels. So there is no question of supporting the new OLEDs that has been launched with the introduction of iPhone X in 2017.

According to the latest article, there are rumors that Samsung officials are thinking to find new consumers for their manufactured OLEDs. Either they will have to sell the panels to other companies or they will have to reduce their production cost so as to make the panels economically feasible in the market. Both of which actually seems to be quite difficult.

As Apple cuts down iPhone X production by almost half, there will be a suspected decline in Samsungā€™s revenue in the yearā€™s first quarter. Even, Samsungā€™s own smartphones are not using the OLEDs as display panels. The market dominance of the worldā€™s leading electronics company is dwindling and there is a great anticipation about its downfall in the upcoming years.

The sluggishness in the accepting OLEDs of other smartphone companies that Samsung has approached to is posing a great threat to the Samsungā€™s quarter revenue collection and the officials are quite disturbed with the expected loss in trillions.

Top features that came to Android before iPhone X