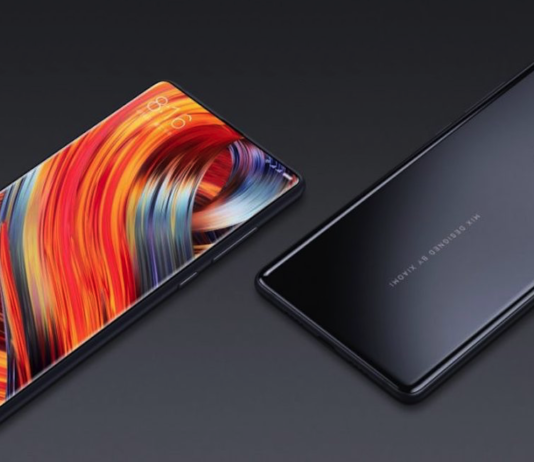 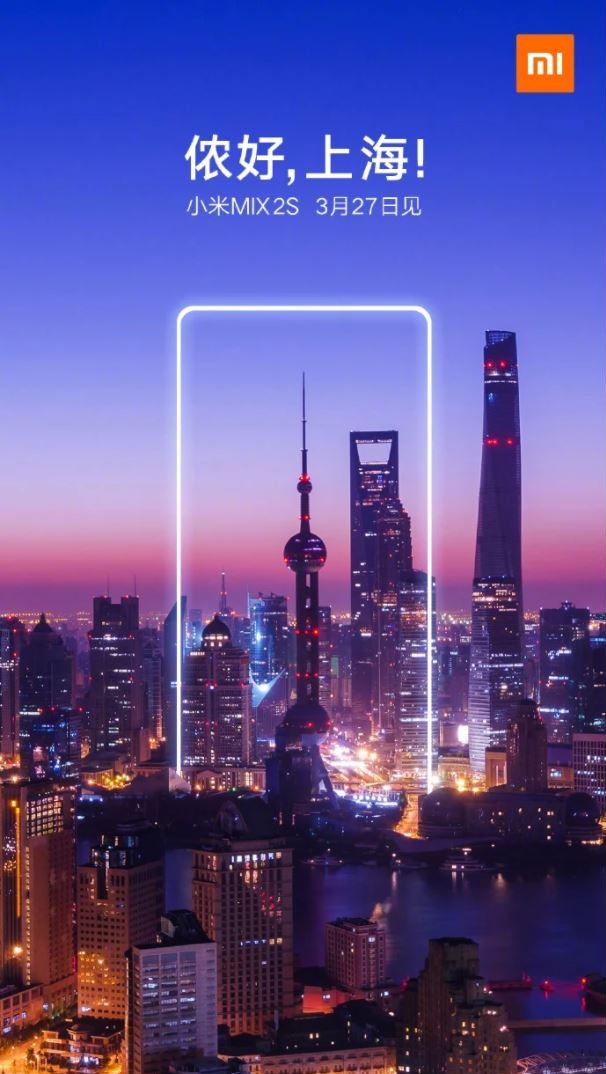 Xiaomi will be announced its latest flagship phone MI MIX 2s on 27th March in Shanghai, China. The promotional image suggests that the phone will come with slim bezels at left, right and top sides. The bottom bezel is not visible in the image.

According to the teaser, the top bezel of the phone is very thin which means the front camera for selfie could be placed on the bottom bezel just like its predecessor. The new firmware files of the phone also confirmed that Xiaomi Mi MIX 2S is featured with bottom mounted front camera. Xiaomi MI MIX 2S is expected to come with the same front design as its predecessor with more reduced bezels.

There is no information about the rear design of the MI MIX 2S phone. The recently leaked firmware file of the Xiaomi Mi MIX 2S revealed that the phone is featured with dual cameras on the back side. Yesterday, a rear panel of the Xiaomi Mi MIX 2S photo leaked and revealed it has vertically placed dual cameras at the top-left corner. The dual rear cameras placed similarly to the Apple’s iPhone X phone.  There is a fingerprint scanner on the back side of the phone in the image.

Mark the 27th March date for the Xiaomi MI MIX 2S launch. We will get more renders and leaks about the phone in upcoming days.