The smartphone giant Samsung has launched their Galaxy S9 and S9+ in India, on March 6th (today). Yes, you heard right! The new Galaxy smartphones are reaching India, just a week after its global launch, which held during the MCW 2018. 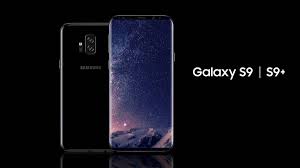 The new flagship duo is available for online pre-booking with a minimum deposit of INR 2000. Expectantly, theyâ€™d carry a price tag of INR 62,500 for the 64GB variant of the Galaxy S9; and INR 71,000 for the Plus variant. The company promises to bring to its users, new and exciting features, especially with their camera.

The 8MP front camera is similar in both the Galaxy S9 and S9+. However, the former comes with a single 12 MP (dual pixel) rear camera; while the S9+ houses a dual rear camera (12MP + 12MP) setup. Notably, the main cameras are powered by the Super-Slow-Motion video feature at 960 fps.

To our surprise, Samsung has also induced an Appleâ€™s Animoji-like feature in these new phones, named the AR Emoji. This feature lets you convert selfies into customized emojis. We have one more surprise, which is the all-new Lilac Purple color option – along with the Midnight Black, Titanium Gray, and Coral Blue colors.

The S9 features a 4GB RAM, while itâ€™s 6GB in the S9 Plus. The company has also provided both the versions, the facility of Dual SIM along with the microSD slot. They run on the Android 8.0 Oreo, with TouchWiz interface overlaid, just like all Samsung devices.

Thus, Samsung, in its new release, has attempted to give out an – improved performance, along with a decent battery backup, with Fast Charging (wired and wireless).

Now you can unlock any Windows 10 PC with a Samsung...