Back last year Samsung introduced a nice feature called Always On Display which gave a peek at the important details like notifications, call and time even when the device was locked. The feature became popular very soon and served as a USP for Samsung. The feature was also added on Samsung S8.

Now the company has rolled out a dedicated app to control this feature. Rolling out the app meant that the company can release regular updates and add features easily without pushing an OTA update.Â With the Play Store release, Samsung added some improvements and new features to the app. The change log in the store says that they added support for the flip covers. So you can use the feature with flip covers on. In certain models, Samsung increased the size of the clock widget to make it more beautiful.

If you have a Samsung device then head below to download the app from Play Store. Do note that the app is only supported on phones that come with Always On Display. 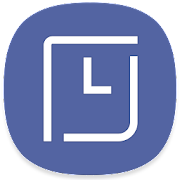 Comparison between OnePlus 5 and OnePlus 3T