The free version of the program allows the user to automatically create a backup from a folder or files without requiring the user to intervene in the process and remember to do it manually. You can just make the settings set up once and the program continues to make copies until you delete the specific process from the program menus.

Creating a new backup process is very simple as long as you follow the program menu: First, you choose the kind of backup you want to make between file backup, system backup, disk/partition backup, and synchronization between two folders. AOMEI Backupper creates a compressed backup file of his or her own compressed backup file, and if you do not have a compressed file/image sync, it simply copies the files.Â

We’ve installed Windows, all our programs, and we’ve set everything up for good. A full Windows backup image allows us to store all the Windows installation in a file. So, if necessary, we can restore Windows and all programs as they were in just a few minutes.

Even Windows itself has this capability, though it tends to throw unexplainable messages, such as that it does not have a class.

For this driver we chose AOMEI Backupper because it’s free, it’s very simple to use, has much more features than the built-in Windows feature, and none of the error messages.

We recommend Local Download from the company’s website rather than from CNET because CNET often duly downloads downloaded managers who are trying to install third-party applications.

If we have Windows 7, 8.1, or 10, we can alternatively download a separate Installer that has one-third of its size but does not support XP or Vista at all.

Something that impressed us with AOMEI Backuper, at least in version 2.8 we used, was that it did not try to install either a toolbar or an unwanted third program

How to Make Full Windows Backup

Aomei Backupper – a backup and data recovery software. The software can support a disk or its individual partitions and the operating system with the installed applications, all files and system settings. Aomei Backupper allows you to clone the disk, selectively restore the necessary data and create a floppy disk or flash drive. The software is able to unleash the selected image in the form of a virtual disk. Aomei Backupper supports backup of internal drives, external hard drives, flash drives and other data storage devices that are connected to the computer. Main features:

Partition managers are compact software for managing partitions of the hard drive. The software allows you to: create, delete, format and move partitions, resize and hide them, create bootable entities, and test the surface of the disk etc. Aomei Partition Assistant has built-in tools that allow to increase the size of the partition, move the operating system to another hard drive and boot from it. The software also allows you to change the serial number and partition name or hard drives. Aomei Partition Assistant supports various storage devices such as USB flash drives, HDDs, SSDs and RAID-arrays. Main features:

AOMEI Partition Assistant SE is a free disk partitioning software with all the basic partitioning tools you would expect, along with some advanced features you will not find anywhere.

In addition to copying, expanding, resizing, deleting, and configuring partitions, a particularly interesting feature is the ability to create a bootable OS Windows PE that performs AOMEI Partition Assistant SE before booting Windows

It can be used in Windows 10, Windows 8, Windows 7, Windows Vista and Windows XP

Everything you do on AOMEI Partition Assistant is in the queue and will not apply to the drives until you click Apply after which all the functions will be completed one after the other in the order you choose them can expand the system partition without having to restart the computer Resizing an apartment is very easy because you can import the partition values manually to set the size of the partition or drag a button to the left or right to make it smaller or larger.

The new partitions can have one of the following file systems: NTFS, FAT / FAT32, exFAT, EXT2 / EXT3, or left unformatted

Two parts can be joined together without losing data

Apartments can be hidden and separated into two

The MBR can be rebuilt from the beginning

Supports change of drive letter as well as volume label

Partitions and hard drives can be cleaned to remove all data

Chkdsk can run with any partition to try to fix bugs

Features That Everybody Would Wait … All Free.

One feature worth mentioning again is the version of Windows PE of the AOMEI apartment assistant. With this, you can configure partitions with ease even if you have not installed operating system. The program is the same as running Windows, but it starts from a USB drive or device, such as a flash drive. You can create this Windows PE from the “Make Bootable Media” wizard, which allows you to write directly to a USB drive or USB device and export the program to an ISO file, which you can then use in one 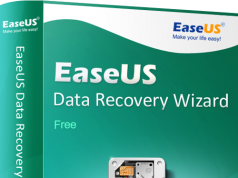 Windows 10 RS4 Spring Creators Update is coming, here is all that is new!