PlayerUnknown’s Battleground is a new game on Steam which has been gaining popularity rapidly. According to the recent data gathered from Steam, the game passed Dota 2’s record of 1.2 millionÂ concurrent players and set a new world record. The game is currently played by more than 1.3 million gamers worldwide which is more than any other game.

For those unfamiliar,Â PlayerUnknownâ€™s Battlegrounds is a multiplayer online battle royale developed and published by Bluehole. The game is based on previous mods that were developed by Brendan Greene, better known as PlayerUnknown, for other games. Greeneâ€™s vision was expanded into a standalone game under Greeneâ€™s creative direction. In the game, up to 100 players parachute onto an island and scavenge for weapons and equipment to kill others while avoiding getting killed themselves.

The game is currently available on Steam and is schedule to release on Xbox One in Q4 2017 and will support Xbox One X as well. For now you can head to the link below to buy the game from Steam. Do let us know your thoughts about the game in the comments section below. 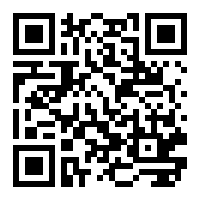 Related   Perception to be delayed on PS4 and Xbox by a week!

EA is offering A free PC Game. Grab it now, it’s a Good One!