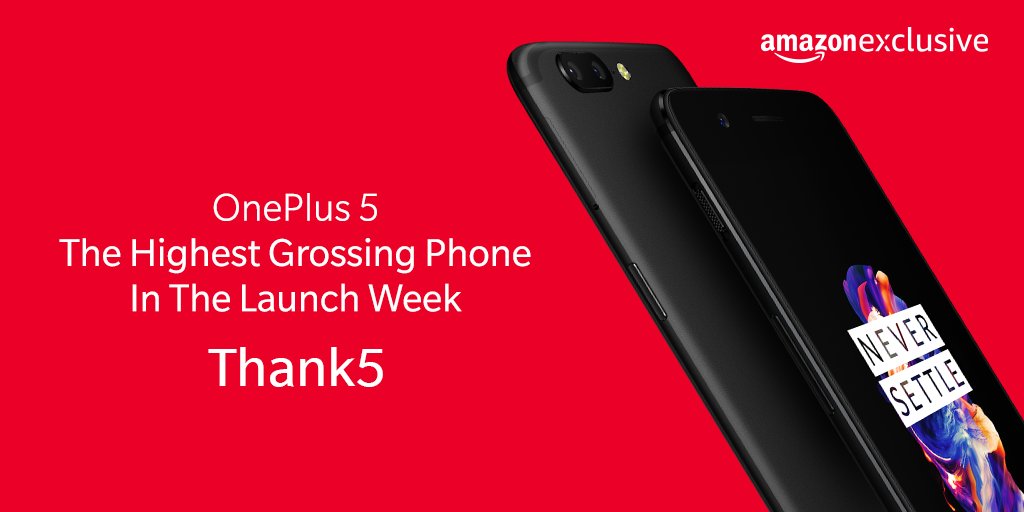 OnePlus say’s that they have captured the record for the highest Grossing phone during Launch week on Amazon India.

The news was directly announced from OnePlus India’s official Twitter account although no specific sales figures were mentioned.

The #OnePlus5 is now the highest grossing phone in the launch week on @amazonIN! A huge thanks to our community who made this feat possible pic.twitter.com/IodKYsFBpy

OnePlus says that the 5 has sold three times more than the 3T over the same period of time; although to be fair, the 3T was more of a incremental update over the 3.

Stay tuned to MSLeaks for more updates related to TECH.