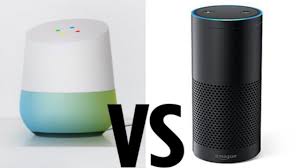 As sun surely follows the moon, the appearance of the Google Home Mini was inevitable, ever since the search giant launched its first smart speaker this time last year. Now, at last, Google has a range of smart speakers to rival Amazon’s with a smaller, cheaper unit to go alongside the larger Google Home. A cheap way to introduce yourself to the world of Google Assistant-powered smart speakers. Plus, if you already own a Google Home and love it, it’s also a more cost-effective way of spreading the net of assistants around your home. It’s a way of adding extra rooms to your Google speaker network for less.

That’s a pity because compared to the full Home and Echo speakers, the sound quality isn’t great. It’s fine for listening to radio talk shows, podcasts and the like, but the music sounds thin and brittle and lacking in body. It’s hardly surprising that there’s no bass. It’s the only week, after all, but I’d like a bit more richness in the mids.

But the story begins here. The folks of YouTube channel ‘SnekTek’ took that as an objective and inserted an audio output jack for external amplification. So Google Home Mini is now one feature more than the latest Pixel 2 phones, a headphone jack!

So now you can plug it into a set of externally amplified speakers. This will lead to a ‘Max’ experience if you have got a big stereo. Though it’s not a headphone jack and more a line out. Volume control is a bit problematic. Audio continues to play from the internal speaker. So say bye to your earbuds.