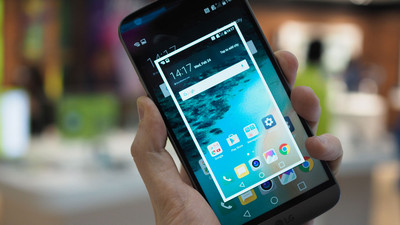 There are can be an infinite number of reasons to take a screenshot of your phone. Either to prove you finally completed the task, or even to make some desktop wallpapers from your favorite movie or it can be stored for future use, to tease your friend and many more.

I don’t think there would be anyone who has not clicked a picture using their smartphone. There would be a sack full of pictures you might have taken using your smartphone. But, have you ever took a picture of something present on your screen? The answer might be any either yes or no. If your answer is ‘No’ then you are at the right place.

Well, just follow this blog and you can take screenshots of any phone. The tools for taking a screenshot is already built into your phone.

Google’s smartphone operating system, Android, has built-in screenshot options if you have Android 4.0 or later. Hold the power button and volume down for one or two seconds. The screen will flash white, and the image is saved to your photo gallery.

The problem is, that doesn’t always work. Since Google doesn’t have strict control over Android like Apple does over iOS, things can get weird. Try the Home and power buttons at the same time. If that doesn’t work, you’ve got to find another option, or go with an app. 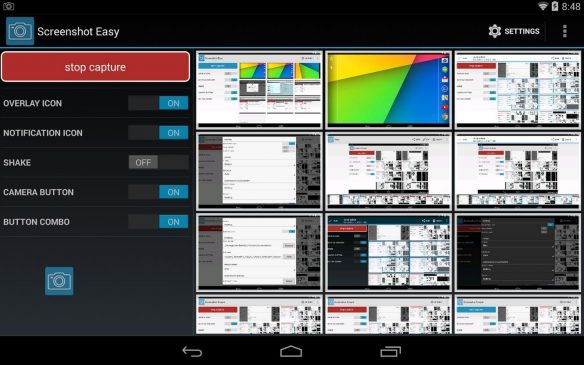 Android provides its users with third-party apps as an option to take a screenshot. The Play store has a large volume of apps designed to take screenshots. One of the top rated is Screenshot easy from Ice Cold apps. This app is available in free and paid version (for $1.99) both. You can take a screenshot just by shaking your smartphone. It works on the same functions like android while taking a screenshot.

All the Apple’s iOS products like iPhone, iPod, and iPad used to have only one option for taking a screenshot. It is the primary method till now on any iOS device except the iPhone X.

On iPhones other than X, go to the exact screen you want to capture; if it’s something animated or moving, you’ll need to time this just right: Hold the Sleep/Wake button (on top or the right side of the device, depending on the model) then click the Home button. You’ll hear a camera shutter (if your sound is on) and see a “flash.” The screenshot appears in your Camera Roll/All Photos, as well as in the Screenshots album. It’s that simple. 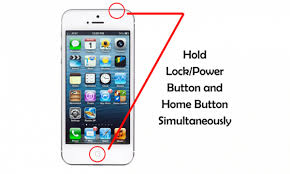 While in iPhone X, where you will not find anything like “Home button”. For this, You should hold the right side button and volume up button on the other side simultaneously. Woah, you just took a screenshot, so that’s the way for this phone.

Windows Phone makes it a simple process like the rest: press and holds the power and volume Up buttons (if you hold volume down, the phone will reboot). Screenshots go right into the Photo Hub: look for Pictures, then an album marked Screenshots, stored as PNG files.

But, If you’re still rolling with Windows Phone 7, you can’t take a screenshot without unlocking your device.

Screenshot on a BlackBerry phone

With BlackBerry devices, press the volume up and volume down keys simultaneously. The camera noise should click and the image will be in your Camera folder (not on the SD card). Open the File Manager to find them. If that doesn’t work, download CaptureIT OTA by visiting the link. It’ll spell out how to change some permissions, but after you should be set.

So that’s how you can take a screenshot of any phone either directly using your phone or by installing an app.