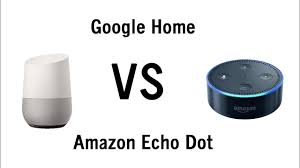 Amazon launched the smart speaker category with the widespread marketing of the Amazon Echo in 2015. Having a speaker and a virtual personal assistant, the device seemed simple enough, although most saw it as a hollow product. Two years later, the smart speaker turns out to be one of the fastest growing tech products around. Amazon’s Alexa probably would have won Time Magazine’s Virtual Assistant of the Year if such an award existed. Now, almost every major tech firm has a smart speaker available.

Amazonâ€™s main competitor in the race of smart speaker was the Google Home line. Just as Amazon has various Echo models (including two that carry a screen), Google offers the Google Home, Google Home Mini, and Google Home Max. This trio is equipped with Google Assistant. Though none of these models carries a screen, an update to the Google app recently revealed that such a feature is coming to an upcoming Google Home model. Other smart speakers are now available (on sale), or coming next year. It includes the Microsoft Invoke (starring Cortana), the Apple HomePod (featuring Siri, this device has been delayed to “early 2018”) and unnamed models from Sony and Samsung. The latter two will be powered by Google Assistant and Bixby, respectively. 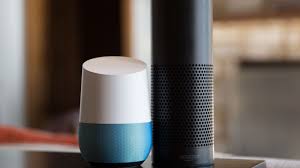 The latest data from Consumer Intelligence Research Partners, as of September, reveals that 20 million Amazon Echo units have been shipped, compared to the 7 million Google Home models that have been delivered. One can surely pick out Amazonâ€™s 18-month head start over Google, and the advantage of piggybacking on Amazon’s marketing and distribution system helped them in their success. In some ways, both Amazon and Google are tracking each other price wise. Both firms recently priced their cheapest smart speaker (the Amazon Echo Dot and the Google Home Mini) at $29 over the last few weeks of the holiday shopping season. However, Amazon dropped a bomb today with 20% to 40% discounts on its second-gen Echo devices.

So what can you do with a smart speaker? You can control smart appliances inside your home, stream songs, get information about your travel plans, find out the latest stock prices, sports scores, weather forecast and even order a ride-sharing car from Uber or Lyft. New features and capabilities are being added all the time, which is why Gartner expects smart speaker sales to go from $720 million in 2016 to $3.5 billion by 2021.

Cross-platform ranked competitive mode to be introduced in Gears of War...

Snapdragon 845 likely to announced by Qualcomm in early December

4 Things You Should Know About Nanotechnology