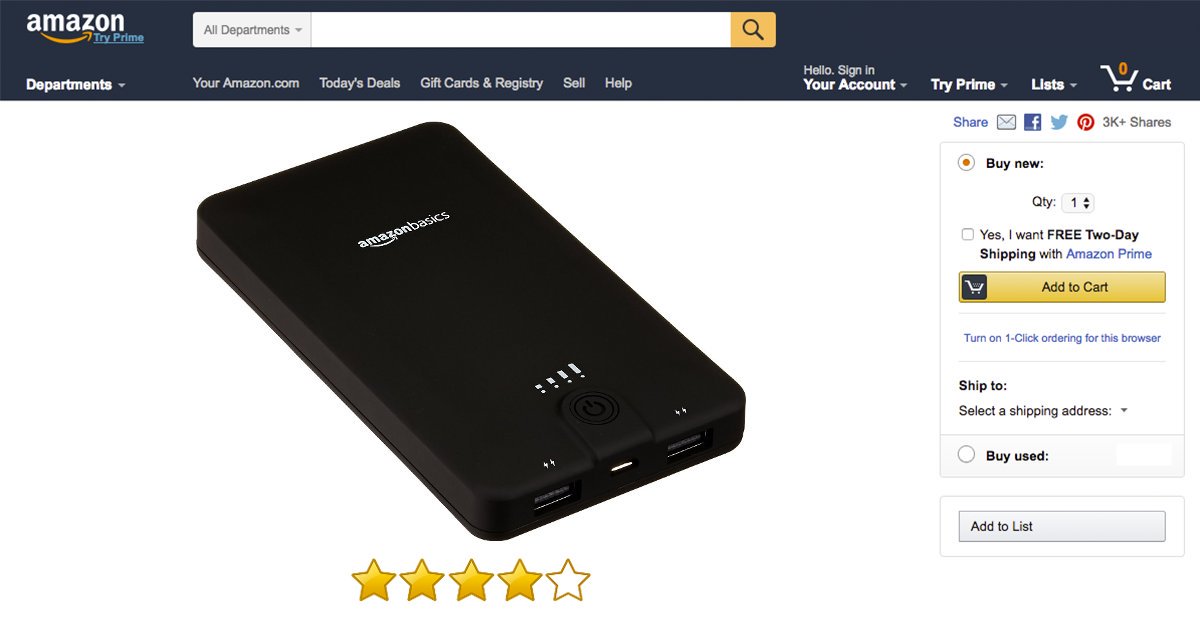 Battery drain is a common problem faced by smart phone users. Power banks are helpful during journey, tours when you can’t find power outlets for charging. Once charged, power banks can fully charge a smart phone 2 to 4 times depending on its capacity.

Amazon released its own power banks with name “Amazon Basics”. But unexpectedly, customers are filing reports that power bank over heats and explodes. Not few, but majority of people who received it faced this issue. 53 users reported their power banks to amazon under over heating and explosions in few cases.

Considering the situation, Amazon recalled its 2, 60,000 “Amazon Basics” power banks. Product was sold on amazon.com, book stores and shops. A total of 6 versions are recalled they are as follows.

Failures are part and parcel of business. Amazon did the best thing to recall its products to avoid further damage. They will fix the errors which are causing for so much heat generation that result in explosion of power banks. There are no official reports of plans to re-release their power banks after solving the issues. But we have to wait and see.